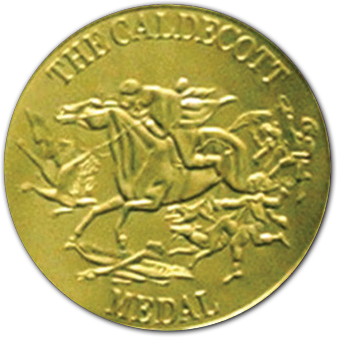 The first book I remember reading is probably the same book many people my age recall as their first. It was profusely illustrated and recounted the adventures and conflicts of its three protagonists, Dick, Jane, and Spot. Actually, the lives of this trio were not all that interesting. A young reader’s reward for struggling through those syllables at the bottom of the page was to discover that Spot got a bath. Not exactly an exciting revelation. Especially since you’d already seen Spot getting his bath in the picture at the top of the page.

The Dick, Jane, and Spot primers have gone to that bookshelf in the sky. I have, in some ways, a tender feeling toward them, so I think it’s for the best. Their modern incarnation would be too painful to look at. Dick and Jane would have their names formed into an Afghan hound, and the syllables at the bottom of the page would reveal that the children were watching MTV.

In third grade my class paid its first visit to the school library as prospective book borrowers. It was on this occasion that we learned about the fascinating Dewey decimal system. None of us really understood this principle of cataloging books, but we were inclined to favor it. Any system named Dewey was all right with us. We looked forward to hearing about the Huey and Louie decimal systems too.

The book I checked out on my first visit was a biography of Babe Ruth. I started reading it at school and continued reading it at home. I read till dinner and opened the book again after dessert, finally taking it to bed with me. The story of Babe Ruth was an interesting one, but I don’t think it was as compelling as that constant reading suggests. There was something else happening: I simply did not know when to stop or why. Having grown up with television, I was accustomed to watching something until it was finished. I assumed that as long as the book was there I should read it to the end. The idea of setting the book aside uncompleted just didn’t occur to me. This somewhat obsessive approach to reading manifested itself again during the summer after third grade. My neighbor had a collection of every Walt Disney comic book ever published. I took my little wagon to his house and hauled every issue back to my bedroom. For a solid week I did nothing but read about Pluto, Mickey, Donald, and Daisy. It was spooky. By the sixth day they’d become quite real to me and were turning up in my dreams. After I returned the comics, I felt very lonely, as if a group of lively house guests had left suddenly.

As years have passed, my taste in literature has changed. I do, however, still have obsessive reading habits. I pore over every word on the cereal box at breakfast, often more than once. You can ask me anything about shredded wheat. I also spend more time in the bathroom than necessary, determined to keep up with my New Yorker subscription.

It seems strange now, considering my susceptibility to the power of the printed word, that I’d been reading for more than twenty years before I thought about writing. I had, by that time, staked out visual art as my form of self-expression. But my visual art was and is very narrative. I feel fortunate that I’ve become involved with books as another opportunity for artistic expression.

Over the years that have passed since my first book was published, a question I’ve been asked often is “Where do your ideas come from?” I’ve given a variety of answers to this question, such as “I steal them from the neighborhood kids,” “I send away for them by mail order,” and “They are beamed to me from outer space.”

It’s not really my intention to be rude or smart-alecky. The fact is, I don’t know where my ideas come from. Each story I’ve written starts out as a vague idea that seems to be going nowhere, then suddenly materializes as a completed concept. It almost seems like a discovery, as if the story was always there. The few elements I start out with are actually clues. If I figure out what they mean, I can discover the story that’s waiting. When I began thinking about what became The Polar Express, I had a single image in mind: a young boy sees a train standing still in front of his house one night. The boy and I took a few different trips on that train, but we did not, in a figurative sense, go anywhere. Then I headed north, and I got the feeling that this time I’d picked the right direction, because the train kept rolling all the way to the North Pole. At that point the story seemed literally to present itself.

Who lives at the North Pole? Santa. When would the perfect time for a visit be? Christmas Eve. What happens on Christmas Eve at the North Pole? Undoubtedly a ceremony of some kind, a ceremony requiring a child, delivered by a train that would have to be named the Polar Express. These stray elements are, of course, merely events. A good story uses the description of events to reveal some kind of moral or psychological premise. I am not aware, as I develop a story, what the premise is. When I started The Polar Express, I thought I was writing about a train trip, but the story was actually about faith and the desire to believe in something. It’s an intriguing process. I know if I’d set out with the goal of writing about that, I’d still be holding a pencil over a blank sheet of paper.

Fortunately, or perhaps I should say necessarily, that premise is consistent with my own feelings, especially when it comes to accepting fantastic propositions like Santa Claus. Santa is our culture’s only mythic figure truly believed in by a large percentage of the population. It’s a fact that most of the true believers are under eight years old, and that’s a pity.

The rationality we all embrace as adults makes believing in the fantastic difficult, if not impossible. Lucky are the children who know there is a jolly fat man in a red suit who pilots a flying sleigh. We should envy them. And we should envy the people who are so certain martians will land in their back yard that they keep a loaded Polaroid camera by the back door. The inclination to believe in the fantastic may strike some as a failure in logic, or gullibility, but it’s really a gift. A world that might have Bigfoot and the Loch Ness monster is clearly superior to one that definitely does not.

I don’t mean to give the impression that my own sense of what is possible is not shaped by rational, analytical thought. As much as I’d like to meet the tooth fairy on an evening walk, I don’t really believe it can happen. When I was seven or eight, on the night before Easter, my mother accidentally dropped a basket of candy outside my bedroom door. I understood what the sound was and what it meant. I heard my mother, in a loud whisper, trying unsuccessfully to keep the cats from batting jelly beans across the wooden floor. It might have been the case that the Easter Bunny had already been an iffy proposition for me. In any event, this was just the moment the maturing skeptic in me was waiting for. I gained the truth, but I paid a heavy price for it. The Easter Bunny died that night.

The application of logical or analytical thought may be the enemy of belief in the fantastic, but it is not, for me, a liability in its illustration. When I conceived of the North Pole in The Polar Express, it was logic that insisted it be a vast collection of factories. I don’t see this as a shim of mine or even as an act of imagination. How could it look any other way, given the volume of toys produced there every year?

I do not find that illustrating a story has the same quality of discovery as writing it. As I consider a story, I see it quite clearly. Illustrating is simply a matter of drawing something I’ve already experienced in my mind’s eye. Because I see the story unfold as if it were on film, the challenge is deciding precisely which moment should be illustrated and from which point of view.

There are disadvantages to seeing the images so clearly. The actual execution can seem redundant. And the finished work is always disappointing because my imagination exceeds the limits of my skills. A fantasy of mine is to be tempted by the devil with a miraculous machine, a machine that could be hooked up to my brain and instantly produce finished art from the images in my mind. I’m sure it’s the devil who’d have such a device, because it would devour the artistic soul, or half of it anyway. Conceiving of something is only part of the creative process. Giving life to the conception is the other half. The struggle to master a medium, whether it’s words, notes, paint, or marble, is the heroic part of making art. Still, if any of you run into the devil and he’s got this machine, give him my name. I would at least like to get a demonstration.

An award does not change the quality of a book. I’m acutely aware of the deficiencies in all of my work. I sometimes think I’d like to do over everything I’ve ever done and get it right. But I know that a few years later I’d want to do everything over a third time. This award carries with it a kind of wisdom for someone like me. It suggests that the success of art is not dependent on its nearness to perfection but its power to communicate. Things can be right without being perfect. Though this is the second Caldecott Medal I’ve received, believe me, it is no less meaningful than the first. Being awarded the Caldecott is an experience to which one cannot become jaded. I am certain of this and stand ready to endure any effort to prove otherwise.

I would like to thank these people at Houghton Mifflin for their support, encouragement, and, occasionally, commiseration: my editor, Walter Lorraine; Peggy Hogan; Sue Sherman; and Donna Baxter. I would also like to take this opportunity to thank the people here tonight who have committed themselves to getting children and books together. I know that if it weren’t for your efforts my readers would be small not only in size but in number, too. And finally I’d like to thank Mae Benne and the other members of the Caldecott Committee for this great honor. I accept it as both praise and encouragement.